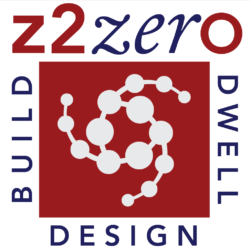 The way we build homes is changing and the rate of change is accelerating due to
converging social, economic, and environmental factors including:

Creative disruption in the aftermath of the housing mortgage crisis.
An increasing urban population: 75% to 6.3 billion, (from 3.6 billion in 2010).
An increasing cost of energy: (buildings in the U.S. Consume 76% of power plant
generated energy)—and a decreasing willingness to build new power plants.
An acknowledgment that buildings must address a triple bottom line: people, planet
and profit.
A growing realization that affordability is a function of life cycle cost rather than
purely initial cost.
The increasing unwillingness of consumers to expose ourselves to toxic chemicals
in building materials.
The downsizing of homes.
The failure of sprawl to enhance quality of life.
Accelerated regulatory intervention

The question is, how will these factors play out in Kansas City, as a city? What are we
going to do about painfully low densities in the urban core? How are we to address the
ubiquitous commute in a city straddling one river and two states? How will health
concerns be expressed as a function of building patterns? Where (and when) will an
appetite for sustainable new construction manifest?

Scroll back to top